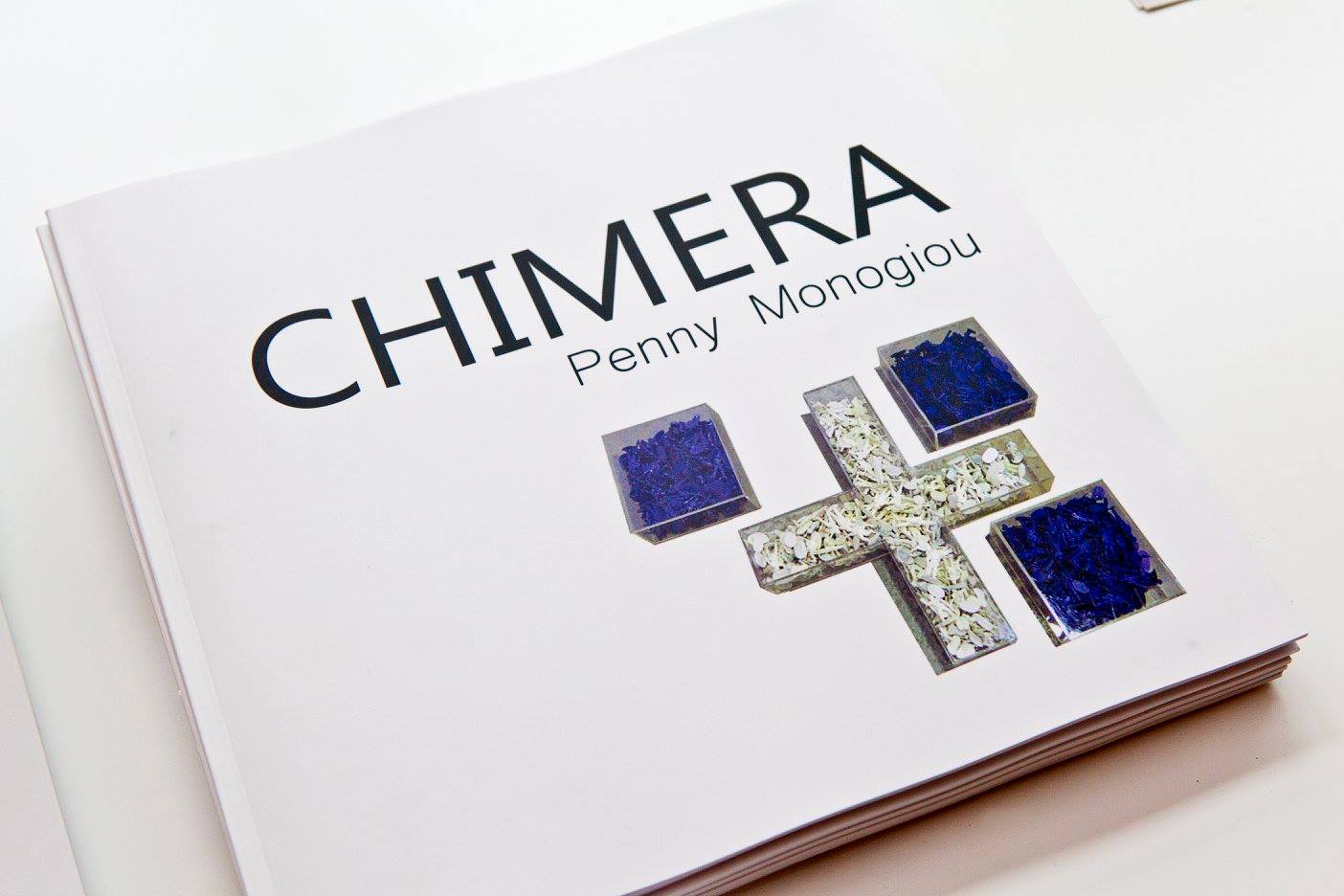 Posted 4 years ago by dimtess in Χωρίς κατηγορία 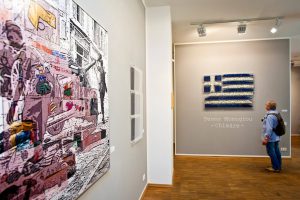 “All utopias are fed from the source of mythology”, Arthur Koestler

In Greek mythology, chimera (χίμαιρα) stands for a mythological, non existent being; the Chimera (or Chimaera) was a creature that terrorized Lycia, that was first described in Homer’s Iliad [VI 179-183] as of “divine stock, not of men, in the forepart a lion, in the hinder a serpent, and in the midst a goat, breathing forth in terrible wise the might of blazing fire. And Bellerophon slew her, trusting in the signs of the gods”. In visual representations chimera is sometimes depicted as a lion with a goat’s head halfway down his back and with a tail ending in a snake’s head, in accordance with the description found in Hesiod’s Theogony (7th century bc). At its initial sense, therefore, the word chimera refers to monstrous creations; to fearful inter-species creatures that do not exist in nature1.

In classic greek and in everyday language, “chimera” and the adjective “chimerical” denote the impossible, unrealistic or utopian. “Nursing chimeras” refers to hoping for the improbable; planning the unachievable or, simply, dreaming or having illusionary experiences. Miguel Cervantes’ Don Quixote is famous for being the victim of his own pursue of the chimeras of knight-errantry.

In a nutshell, “chimerical” denotes every plan that seems difficult to be achieved and every vain hope; nevertheless both intend towards some ideal state of things and are inspired by positive or hopeful orientations to the future. Chimeric aspirations, whilst controversial, are rooted in the gap between the past and present state of the world and the vision about how the world ought to be. So there is a sense in which chimeric thought denies the present and anticipates what seems beyond the bounds of possibility; chimeric ways of thinking stem both from feelings of discontent for reality and willingness for better ways of existing. Moreover, any imaginative political or social program aiming at the improvement of society and social justice or any kind of “social dreaming”2; that seems implausible when unpacked in reality, is characterized as chimerical or utopian.
Therefore, it seems that the initial meaning of “chimera” denoting a monstrous creature, and the later sense of the word as referring to plans for the future, seem to be at odds; for how can humans’ capacity of imagining what does not exist or dreaming of a better future hold the name of a monstrous creature? Does dreaming or struggling for a different world inescapably lead to horrifying realities?

Since the end of WWII, the european project has created a period of stability and prosperity for the western half of Europe. However, the current economic and sociopolitical crisis, the rise of extremist parties and the re-emergence of the anti-immigrant sentiment seem to undermine the european construction, which has in turn started to appear somehow utopian or chimerical. An increasing sense of loss of security for a major number of Europeans and the loss of opportunities for young people are evocative of a mid 20th century Europe. Is it possible that we are repeating some of the follies and delusions that led to disaster in the past? Are our expectations and plans for the future turning into chimeras once again?

Penny Monogiou’s artwork examines the transformation of dreams and plans for the future and the way our expectations may take the form of monstrous realities. Starting from a thorough study of the post-war history of Greece and referring to issues such as the civil war, political exile or the period of dictatorship, Monogiou uses the recent history of Greece as a magnifying lens in order to interpret the current ruptures in the european societies.

Her work unfolds as a large, wall mounted mosaic employing a wide range of artistic means, from painting, photography and photo-collage to installations and new media. Small and large paintings, memorabilia, drawings, photographs, fabricated objects are weaved into Monogiou’s story that questions the “accepted” historical narrative. Although the symbols and pictures represented come mainly from Greece, they are used in a somehow universal way: the viewer feels that the depicted content may refer to any place in the world. Her work “From the graves of our slain”, a three-dimensional representation of the greek flag made of white and blue plastic soldiers, constitutes a scathing comment on the notion of national identity and the way we perceive our country’s
image. Historical photos, such as the one depicting the tank of the junta entering the Polytechnic University of Athens in 1973, are presented as seen through children’s eyes, therefore questioning the construction of collective memory and the notion of democratic citizen in today’s societies.
Penny Monogiou’s work criticises the hidden premises that underlie the european project and its current falls; her work is therefore genuinely political, combining art, history and political philosophy. In all of Monogiou’s works, dreams and monstrosity co-exist, thereby inviting the viewers to engage in a process of revealing the chimeras lurking in what may seem as the noblest political and social aspirations for the future.

1.  Since 1980s, the interspecies animal chimeras seized to be simply products of imagination, since biotechnological innovation of the time produced experimental sheep/goat chimeras, see Bazopoulou?Kyrkanidou, E. (2001). Chimeric creatures in Greek mythology and reflections in science. American journal of medical genetics, 100(1), 66-80. Today, creating human/animal chimeras is nowadays scientifically possible and viable and it is argued that it can help medicine to study tissue growth, drugs, and organ transplantation, among other possibilities. However, serious moral issues come forth on the ground that natural species boundaries are violated and that the existence of entities that are not strictly classified as either human or non-human may cause moral confusion and undermine important social and cultural practices, see Hyun, I. (2015). From naive pluripotency to chimeras: a new ethical challenge?. Development, 142(1), 6-8.